The Highs and Lows of Recovery 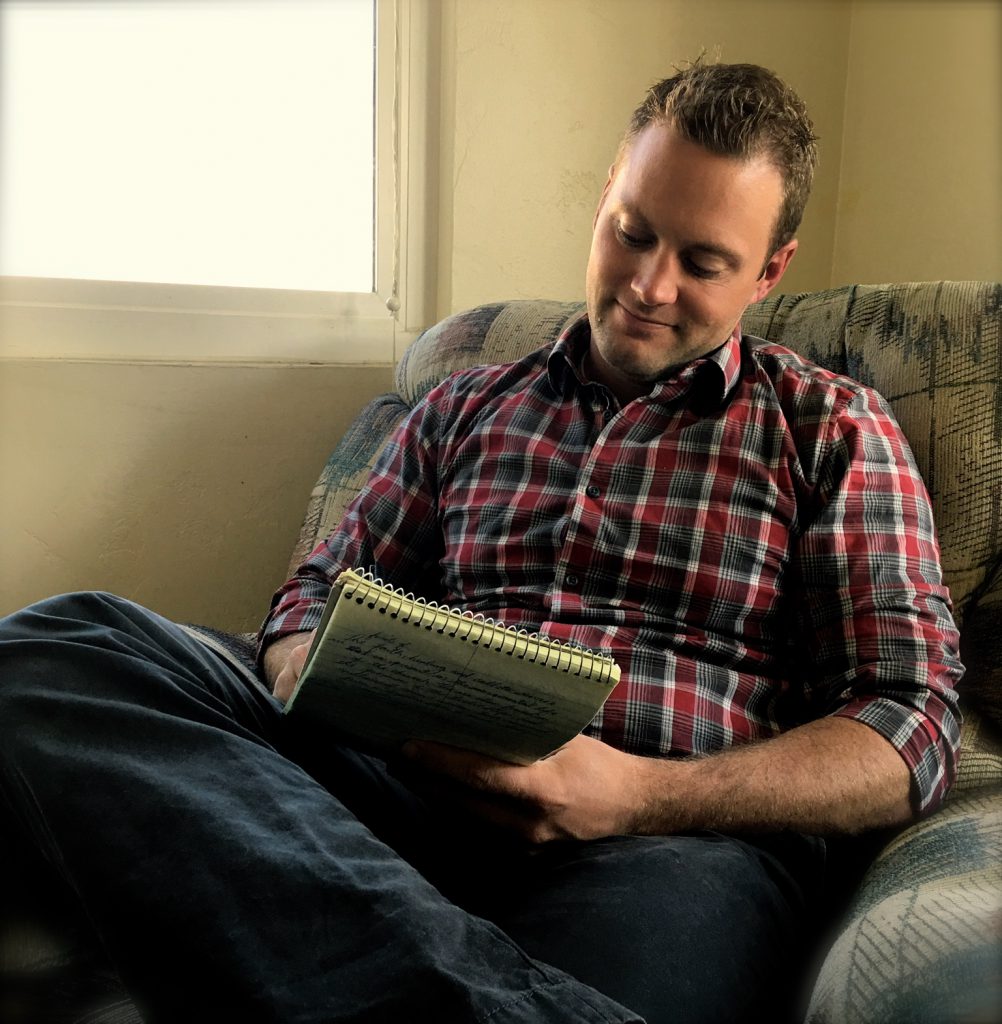 I was 21 years old, sitting in rehab after being arrested for my second drunk driving offense, and I was very in touch with how the world had done me wrong. My step-mom gave me a journal to take with me during my stay, and in it I jotted down some notes about how my day had gone and how I might have a problem. Woven throughout the theme of each passage, however, was the idea that the problem was less related to my behavior and more related to the circumstances that led me to where I was. In fact, this younger version of myself thought that the events of my life were so unfair that it would be prudent to write a book about it. I put an outline together, using the stages of my life to justify my selfish and destructive behavior. With the intent of looking for pity, had this book ever been written it probably would have been titled If You’ve Been Through What I’ve Been Through, You’d Probably Have a Drinking Problem Too.

Of course, that book was never written. What remains, though, is a page full of chicken scratch that I used as an outline and now serves as a great reminder of how delusional I was ten years ago. I stayed sober for about 8 months after that 15-day visit to treatment, but it was merely on a “white knuckling” approach that rarely proves any long-term success.

About a year and a half prior to my time at this treatment facility, in January of 2005, I was preparing myself to fly back to school in New York City. Although I had received notice that I was no longer going to be awarded the debate scholarship that paid for me to attend college, I figured that I would find a way to make it work. I could make anything work. So what if I wasn’t enrolled in school and didn’t technically have a place to live? It didn’t seem to me to be that big of a deal that I wasted away all the extra money for living that my dad worked hard to provide me with. I’d get on a plane and make it look like all was okay. Having already lost so much due to the drug and alcohol problem that was escalating far too quickly, I certainly couldn’t afford to lose my image.

My dad made sure that I didn’t get on the plane that day, but not without having to put up with a major meltdown on my part. I couldn’t imagine ever digging myself out of the hole that I had already dug. The dreams that I had were shattered. The promising gifts that I had been given were wasted away. The strong relationships I had formed with family and friends throughout my life were splintering. The only thing I knew that I could rely on was the comfort of the bottle that brought me to this point. I drank nearly every day during this time, oftentimes by myself, hiding it from everyone I could.

For several years, alcohol and drugs had their hold on me. There were highs and lows, including the rehab experience noted above, but for the most part I was a slave to my addictions. Don’t get me wrong—I was a willing participant responsible for all the harm that I caused. However, my pursuit of the relief that I knew I could find from alcohol and drugs ruled my life. Career opportunities were spoiled. Attempts to redeem my academic failures were fruitless. Fidelity to my romantic partners, including a faithful and Christ-loving young woman that I moved across the country with hoping to save things, proved to be futile.

By the grace of God, I got sober in 2011 at the age of 26. You can read all about that here. It was a miracle, and it still is a miracle that God has given me the gift of sobriety, one day at a time.

Still, challenges certainly remained. There’s a saying that goes something like: “When you slam on the breaks and finally get sober, all the garbage you’ve been piling up in your life behind you comes crashing forward.” That was true for me. I had no money (and, in fact, was living on borrowed money). I had a job, but it barely helped me get by. Relationships were mangled, and the woman I was hoping to woo back with some short-term sobriety (justifiably) never came back. Getting back on track towards my educational goals seemed as faint as the stars in a gloomy sky. I felt unemployable for any job that could bring me stability. I felt lost.

In fact, I applied and interviewed for a job in the auto insurance business based on a reference from a friend. I was about 45 days sober, and I vividly recall driving home from the interview in a catch-22: If I didn’t get offered the job it would keep me away from the hope of financial stability and affirm the feelings of worthlessness that I was experiencing. If I did get the job they were going to do a hair test for drugs in my system. As everything else in my life at this time was, my hair was in a very awkward, wavy, kind of long, kind of afro-y stage. I read that cocaine stays in your hair for up to 90 days, and if this were true then I would experience the inevitable embarrassment of not getting the job because of recent drug use.

I was turned down for the job anyways. 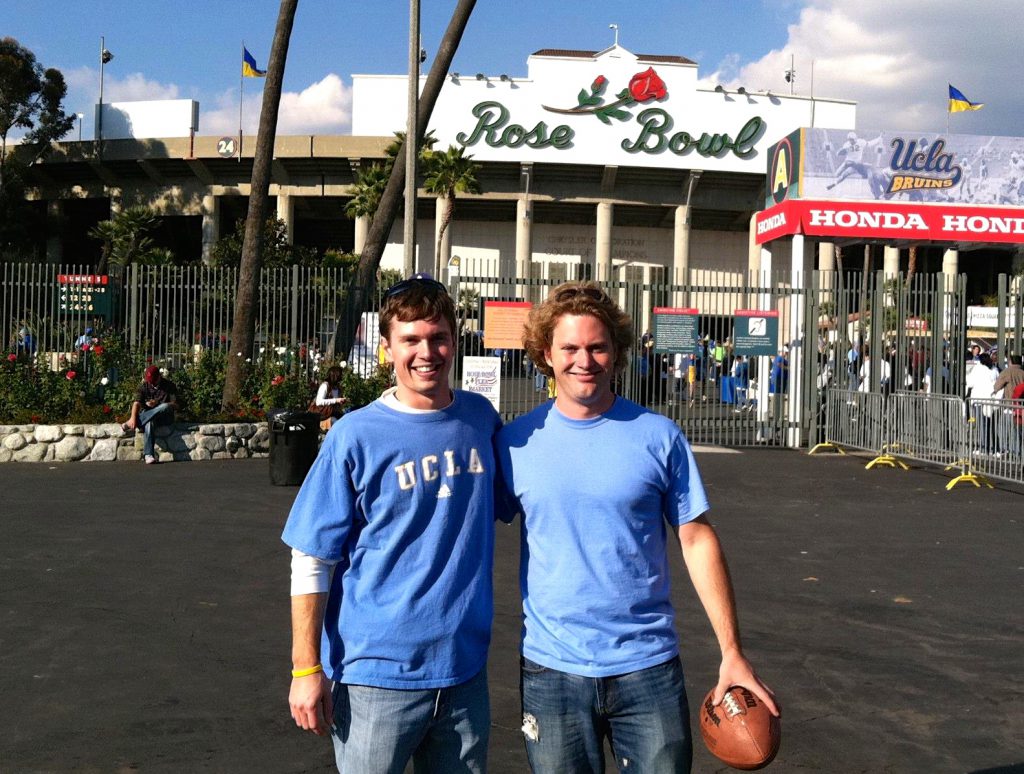 Scott (right) at about 30 days sober, with his new friend Brock

Encouraged by a few people around me, I enrolled at a local community college and dedicated myself to slowly getting my grades back on track. Keep in mind that my last semester of college in New York I stopped going to classes entirely after the first few weeks of classes. A 0.0 GPA for a semester, coupled by one or two other semesters that weren’t that much better, serve as a pretty heavy anchor for academic success. I knew I had to start somewhere, though, and I hoped that four-year universities would be able to look beyond past failures and focus more on recent success. I spent five semesters at a community college and collected two associate degrees for transfer. During this time I also applied to several local universities, but was rejected each time.

Every time the rejection letter came in the mail I felt more and more disappointed and discouraged. I would fall into bouts of self-pity. This time, though, I had people to share these feelings with. I started to learn tools to get me through situations like this. I was getting in touch with St. Paul’s response to the thorn in his side when he writes, “And He has said to me, ‘My grace is sufficient for you, for power is perfected in weakness.’ Most gladly, therefore, I will rather boast about my weaknesses, so that the power of Christ may dwell in me” (2 Corinthians 12:9).

I didn’t take a drink or resort to drugs.

My relationship with God was growing and I was becoming an active member in my parish, especially in the young adult community. I met some great friends that are dear to me today. A good job opportunity came up that seemed to be so strongly in line with God’s will for me. I applied and made it to the last round of interviews. After a long wait, I found that it had been offered to someone else (who today is a friend of mine). I pleaded with God, “How could this seem so right for me yet you’re unwilling to give me this one opportunity?”

Sometimes I blind myself to all the good that God has put in my life by demanding that things go a certain way. This is much easier to see in the rearview mirror than in the moment, and it’s a lie for me to say that I have been denied blessings since getting sober (and even before sobriety).

I’ve had the opportunity to begin a nonprofit organization, Catholic in Recovery, which has given me a platform to share recovery and the journey of faith with so many people. Where this will go is in God’s hands, but, through imperfect experience, I have been able to hand over the wheel a little bit.

About two years ago I met the woman of my dreams who, early on in our relationship, made it clear that her love for me transcends my screwed-upness and pending achievements. She has been by my side through various disappointments and is always encouraging me. In September I am going to marry her.

Within the last few months I started a bachelor’s degree completion program at a very respectable Christian university, catered to adults who were not able to complete schooling in their first attempts and are immersed in full-time work and other endeavors. The light of a once completely dark tunnel is now coming into focus.

One day last fall I received a random Facebook message from a woman while heading into work. She said that she had read some of my work and wanted to know “more about any interest (I) may have in writing.” With a head full of experience around disappointment, I responded with a cautious interest. A series of correspondence continued, and a proposal was submitted for review.

A few days ago that proposal was acquired and I was offered a contract to write a book for Ave Maria Press, a prominent Catholic publishing company. Unlike the chicken scratch proposal noted above, it will not be an attempt to garner pity or play the victim of self-destructive circumstances of my past. Rather, it will outline the redeeming role that God has played throughout my life—in the good and in the bad—and in the lives of others who have encountered God’s grace through recovery and the sacramental life of the Church.  My prayer is that it can help others navigate addiction recovery and find a personal relationship with their Higher Power.

Opportunities like this pack with them all of the feelings of shame, disappointment, and hopelessness that precede them. Certainly there will be further trials ahead and moments where I overreact to small things with short-sightedness. Just like the moments of disappointment, triumph is not an end but rather just a part of the journey. Of course, none of this is possible without sobriety being at the center of my life. My recovery and freedom from addiction is only made possible by the saving power of God. He has revealed Himself in so many incredible people along my journey, and for that (and for you) I am grateful. Praise always be to God!

P.S. You are enough.