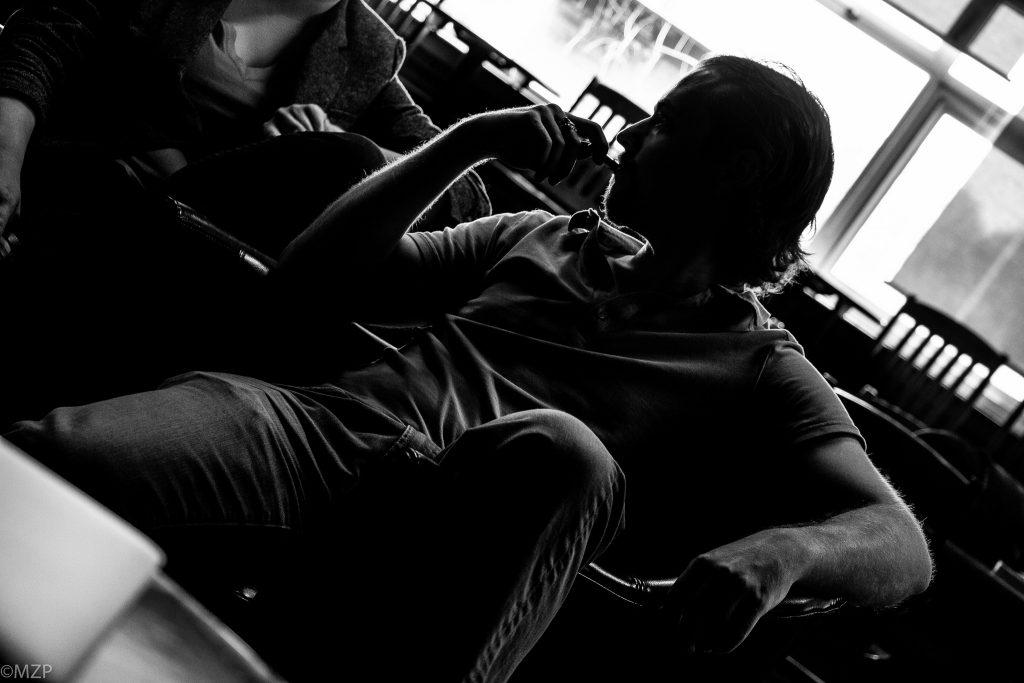 Have you ever been baffled by the choice of a person you love to resort back to the source of their pain to relieve their pain?

Have you ever found yourself in a spot where you couldn’t delineate the difference between your problem and your solution?

Whether you’ve experienced this cycle of addiction[1] first or second hand, you’ve likely also gotten to know the helplessness that accompanies it and the resulting incomprehensible demoralization that follows.

For several years of my life I feel that it would have been completely appropriate and reasonable to greet those who loved me with, “Hi, I’m Scott, the one who has been puzzling you!”

I drank or used drugs nearly every day, waking up the next morning with an intense disgust for what I had done and an even greater doom that clouded my immediate future. Every day was going to be the day that I would will myself to virtue, mustering the courage to keep from letting my vice get the best of me. Unfortunately, either my own will was not enough or I forgot to change the self-directing feature of my car, but I always found myself at the liquor store at the end of my work shift.

“What the heck am I doing?” I would ask myself, as I showed no hesitation mixing myself a drink in the liquor store parking lot. I was a slave to the object of my addiction.

Perhaps you have asked yourself the same question while indulging in whatever it is that keeps you from being free. You may have even found yourself engaging in an inner-dialogue that includes:

In a previous article I referred to addiction as the pursuit of power, pleasure, wealth, and/or honor (those things that we seek to fulfill our need for God) gone radically awry. Once wayward, this addictive cycle and the short-term relief it produces gets warped into dependence. Cardinal Justin Rigali, in his commentary on addiction, clearly describes what happens next:

The repetition goes beyond the seeking of pleasure and becomes a series of self-defeating, shaming-and-blaming behaviors that compound stress rather than alleviate it. The person loses more and more control of his or her life as the time devoted to the addiction increasingly becomes a primary focus. The pattern is repeated so often and the person becomes accustomed to it on so many internal and external levels that they are virtually chained to the addictive behavior.

It’s baffling.  It creates a situation where loving the addict is very, very difficult because from an objective perspective none of it makes any sense.  With every reason in the world not to indulge, why would the addict choose to give into temptation one more time?

Jesus has a word or two to say about this situation and offers a solution:

As he was saying these things, many believed in him. So Jesus said to the Jews who had believed in him, “If you abide in my word, you are truly my disciples, and you will know the truth, and the truth will set you free.” They answered him, “We are offspring of Abraham and have never been enslaved to anyone. How is it that you say, ‘You will become free’?” Jesus answered them, “Truly, truly, I say to you, everyone who commits sin is a slave to sin. The slave does not remain in the house forever; the son remains forever. So if the Son sets you free, you will be free indeed. (John 8:30-36)

The truth will set you free!  That does not necessarily mean that simply by admitting defeat or claiming to be in the grips of an addiction will automatically solve the problem.  Instead, Christ is saying that at some point we are faced with the question of faith, usually initiated by some self-imposed crisis.  Our choice, then, is not whether we have some kind of strong religious convictions (although that helps), but rather if we are willing to rearrange our ideas, attitudes, and actions around a Higher Power that that can grant us freedom.

Some may call this moment a “spiritual experience”.  Others may call it an “awakening”.  Some call it “dying to self”.  Others call it being “reborn”.  Whatever you call it, it’s necessary.

The man that first helped me get sober presented two formulas to me from the very start, which I now see as the mathematical expression of what Jesus shares above:

It is my hope and prayer that this ministry, Catholic in Recovery, can provide the means to make a spiritual awakening possible for the men and women who suffer from vice, enslavement, and addiction of various kinds.

[1] When I speak of addiction I am referring to substance abuse addiction—such as alcoholism and drug abuse—as well as psychological dependency, which can take the form of an attachment to an event, activity, sensation, or relationship with another person.  This may include gambling, sexually acting out, pornography, eating, money, shopping, video games, and many other vices steered the wrong way.