A Glimpse into Another Dimension 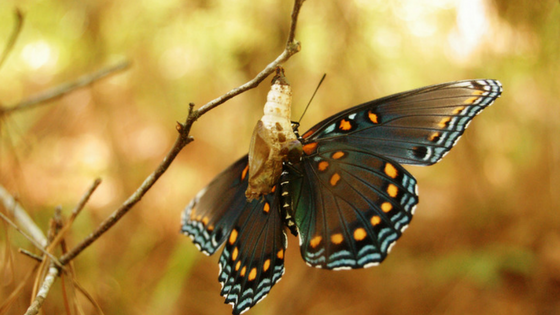 I’m a pretty sensitive guy. When I get choked up at weddings or during special moments, it comes to no surprise to my wife, friends, or family members there to witness it. However, I have lately found myself getting even more emotional than usual. Just the other day, while driving with my wife, Jacqueline, a song from the Moana soundtrack came on and triggered a thought that brought tears that could not be hidden by my sunglasses.

It doesn’t take much digging for me to realize why I have had this response. It’s a side effect of gratitude. A few things have lately had me reflecting on the presence of God in my life and in the lives of others, which is a recipe that often helps me get into and stay in gratitude.

First, I just submitted my last edits for my upcoming book, The Twelve Steps and the Sacraments: A Catholic Journey through Recovery (you can pre-order on Amazon, B&N, or Ave Mare Press). This is both exciting and scary, and something that I have to let go of as no longer mine. During the process of re-reading the book, I had the chance to re-encounter the Divine. God is often best seen in hindsight. Not only that, but during the course of the past few weeks, I had a chance to revisit a few places where some significant meals or conversations took place in the early stages of my recovery. Remembering the people that have been a reliable source of relief—some whom are no longer with us today, some who were a passing memory, sharing a gem of wisdom at the right time before vanishing out of my life, and yet others who are still some of my best friends—proved to be an exercise that had lasting effects.

A second vantage of God has come from the stories I have gotten to witness from others over the past several months. The past few weeks, in particular, have brought stories of people who have made advances in recovery in the face of some pretty daunting circumstances. One young man I have gotten the chance to know was released from prison 6 months ago. He was in there for 18 years. He’s 36.

This man, George (not his real name), was originally sentenced to a life sentence at 18. He hasn’t had a drink for about 10 years (yes, alcohol and drugs can be found anywhere). His sobriety was initially prompted by the passing away of his displaced father, which he knew would put him on edge emotionally. George isn’t a big guy, and he told me that his intentions for getting sober at first were for survival, because he had to stay physically and mentally alert to keep threats (gang-related activity) at bay.

On December 23, 2010, while in an isolation unit at Pelican Bay State Prison (the only “supermax” state prison in California), George had a spiritual experience and met Jesus. His life has been radically different since then, and plenty of time has been spent reconciling where he came from and where he’s going.

In 2015, Senate Bill Number 261 was passed that reconsidered anyone sentenced to life in prison under the age of 23, mandating parole hearings for those individuals whose terms were to be reevaluated.

This past Tuesday, George moved out from the 6-month immersion home he was staying in and into his own place. He loves freedom, and he certainly loves Jesus. It’s impossible to spend quality, honest time with George and not be inspired. His passion for the treasure he’s found is a gift to those who get a chance to know him.

This coming weekend, the Church will celebrate the Feast of the Transfiguration of the Lord. As I was doing some preparation for this week’s readings, I heard a homily from Bishop Robert Barron describing the general traits of a spiritual—or “mystical”—experience. He related it to what the Peter, James, and John saw as Christ was transfigured, but does not limit such an encounter to flashes of white light.

A mystical experience can be defined as, “the experience of spiritual things within the ordinary, and a keen conviction that the spiritual realm is far greater and far more beautiful than ordinary experience.” This describes the spiritual underbelly that my eyes started noticing when I began my recovery journey. Those who had been struck with the grace of sobriety and reliance on God were able to help me recognize a whole new dimension to life that I was completely naïve to. Even the destruction of my past could be seen through a spiritual lens and deemed something that God could make useful.

Today, the contrast between the ordinary and the spiritual is less apparent. Typically, when I am wrapped up in my own ego and self-centeredness, all I see is ordinary. Taking intentional action to show concern for another makes the view into the spiritual realm much clearer. Unfortunately, that sometimes translates into watery eyes and a heart that beats for more. That’s okay, because I would choose the side effects of gratitude over self-seeking behavior any day.

Your support of Catholic in Recovery helps individuals, families and communities devastated by addiction

You have Successfully Subscribed!