From the Battle Field to the Bottle: Mark's Story of Addiction and Recovery 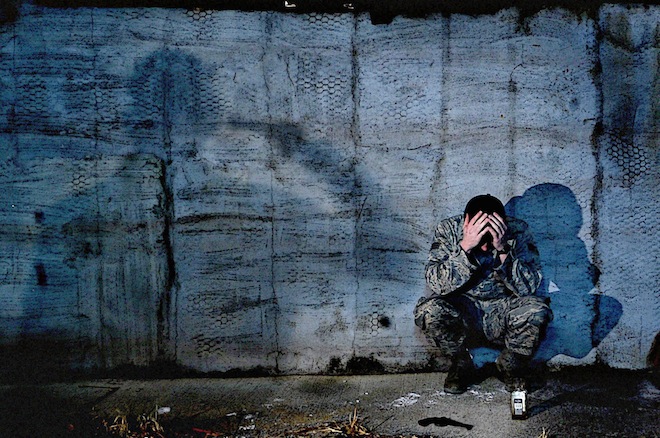 Hi, my name is Mark and I am an alcoholic. I took my first drink at the age of nineteen. The year was 2002. I was a year out of high school. I had just finished up the last part of my training in the United States Army. I was a top-rated sniper and an Army Ranger and I was celebrating with my classmates from Ranger school. Three days later I was on my first deployment in Afghanistan, taking the lives of people I had never even met before. I was doing this from a distance of up to 800 to 900 yards away, and, when needed, I was taking out “high value” targets from distances of up to a mile and a quarter. Due to my transgressions, I started drinking more and more. I got married for the first time at the age of 21, but even though I was married I spent more time away from my wife than I did with her.

In 2008 I was on my fifth deployment. By this time, I had been promoted to the rank of Staff Sergeant in the Army and was at the point in my career where a lot of the top brass in the country new me, my abilities with my rifle, and knew when I was in country. I was always being requested to watch over infantry units while they were on patrols. One night in April of 2008, I was going out to set up my perch for a mission for the next morning. Three companies from the 101st Airborne Division were going to be rolling through a town in Northern Iraq looking for weapons. On the way out, my security detail and I were ambushed. Two men from my team and I were taken as prisoners of war. We were held captive for six months and endured eight to twenty hours a day of interrogations.

The other two guys that were with me eventually died in the camp. At that point, I decided that I had to escape. One day when they came to get me for another session of questions, I was able to disarm the guards. I grabbed their weapons and ran through the dessert for 4 days before being picked up by a British convoy. Two days after getting back in the Green zone in Baghdad we came under mortar attack. I rushed out to help repel the potential invasion, but took some shrapnel to my back and a large rock shattered my knee.

Upon my return from the battle zone, and after multiple surgeries to repair my knee, I found myself sinking into a deep depression. During this time I also found out that my wife of seven years had been cheating on me for the previous six months. I was devastated. During my rehab and going through my divorce, I started drinking extremely heavily. I was to the point where I was drinking a twenty-four pack of beer and 750 ml of whiskey every day. My family held several interventions for me begging me to stop drinking before I killed myself. I couldn’t do it. The alcohol had gripped me too tightly.

On September 29, 2012 I had been drinking at home all day. I had lost another job and was living at home with my parents, who were out of town at the time. I already had fifteen beers and half a bottle of whiskey but went to go get more alcohol. When I returned I started drinking again. I don’t remember when I passed out on the floor of my living room. Luckily enough two of my friends that knew what I had been going through came over to check on me. They saw me on the floor. One of my friends climbed through the window of my bedroom while the other friend called the paramedics. I found out later that when I was unconscious, they pronounced my legally dead for about two minutes. While I was unconscious, my grandfather (whom had passed away in 2001) came to me and told me that it wasn’t my time to join him yet. He told me that God still had plans for me. From October 1, 2012 I have not had another drink. I have recently surpassed three years of sobriety. Thank God.

With several sessions in twelve-step recovery meetings and a lot of time spent with friends, I have been able to fight the urges to drink. I have been through a lot of counseling for both my alcoholism and PTSD. As a result, I have been able to reconnect with God as my Lord and Savior. I have prayed constantly for guidance and continually received it. It has been extremely helpful to have a supportive circle of friends and family to help me through the ups and downs of my life.