Friendship and the Importance of Personal Relationship 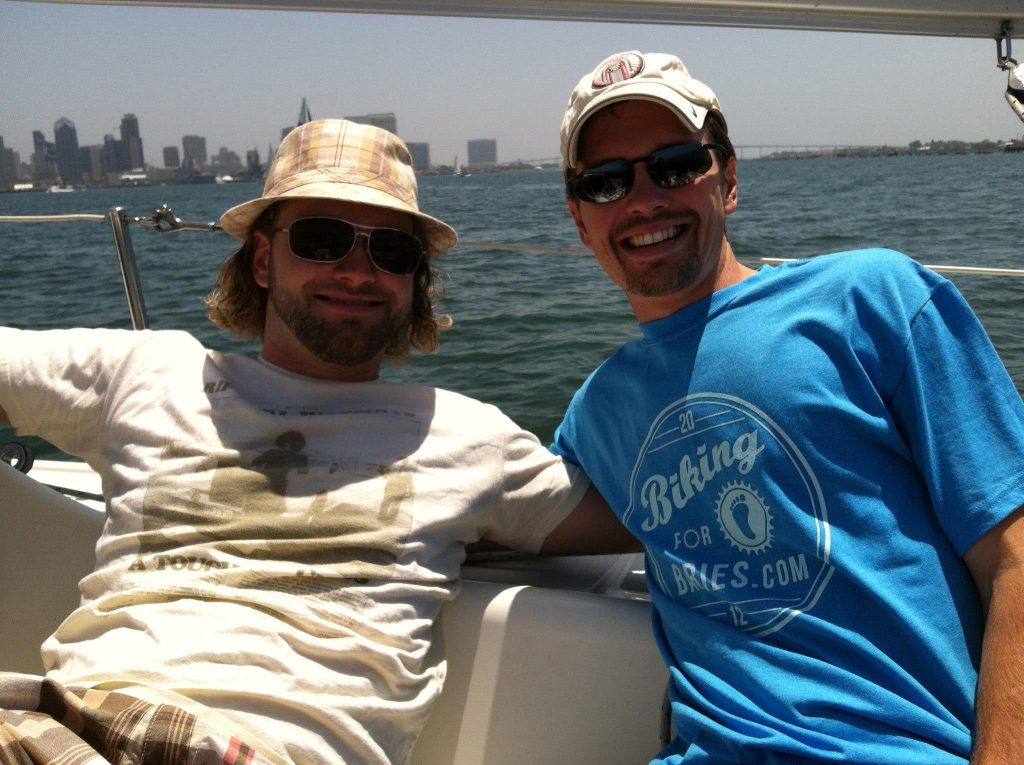 About eight months later I found myself in one of the most difficult and confusing times of my life. After I came to admit to myself and a few others that everything important to me had been taken away by my addiction to drugs and alcohol I sought the help of other alcoholics that had recovered from a similar state of peril. I also decided to pick up the phone and call this guy Brock to see if he was still involved in the church. With most of my close family and friends a few thousand miles away I thought it might be helpful to find myself a friend nearby in pursuit of virtue.

Brock answered the phone, remembered who I was, and was happy to hear that I was interested in getting together and attending some events with the Christian fellowship he was involved in.

A friend of mine (we’ll call him Buddy) tells a story about a weekend some time ago when a friend of his—a former drinking companion—came to stay with him. While Buddy was drinking into oblivion all weekend long, his friend drank only club soda and shared that he had been sober for the last 18 months. Without demanding that Buddy stop drinking and without repeating that he was throwing his life away, Buddy’s friend simply shared that his life turned around after getting sober and that he was experiencing a new freedom and a new happiness.

If my friend Brock would have never picked up the phone when I called I’m not sure I would have ever found my way to the church. At the time I did not have a personal relationship with, or really even know, Jesus. I did, however, have a personal relationship with this young man who donned a big smile and a firm handshake. He cared about me and took the time to walk with me as I was being introduced to his best friend, Jesus Christ.

One can’t put a price on how secure I felt in those early stages of sobriety as I was finding my life changing in ways that were surprising, invigorating, yet often uncomfortable. The group of recovering alcoholics I was consistently meeting with made regular references to a “Higher Power”. The Twelve-Steps, which I was beginning to embark on, made it clear that I would have to do business with God “as I understood Him”. All of this was on the heels of coming to grips with all of the selfish decisions I had made to get myself into the darkness that motivated my plea for help in the first place. Coming face-to-face with God about this stuff was not something I was very eager to do, especially considering my pre-conceived ideas of God that leaned much more towards justice and judgment than they did mercy. It was certainly not something that I was ready to do alone, and having a companion by my side added conviviality to the journey.

A popular saying states that, “a person will not care how much you know until they know how much you care”. There is great truth to that statement, and a great parallel to the love and friendship that God offers us through his son, Jesus Christ. Jesus chose twelve men to walk with, break bread with, pray with, and spend intimate time with. He takes an incredible amount of interest in his friends and those whose stories we read about in the Gospels—people whose lives are reshaped after encountering Him. He shares that same interest and friendship with us in an incredibly grace-filled way, while at the same time calling us to do the same with others (John 15:12).

My life has been blessed with people who have shown the love and friendship of our Lord to me. Knowing that someone cared about my journey and valued my life in a truly loving way inspired me to continue when the days weren’t so easy to get through. It was a very tangible way that I was exposed to Christ’s intimate presence in my life. I felt that I was loved even when I questioned whether I was capable of loving myself. Just like Buddy’s friend that sowed the seed of hope for him, it’s a love that leads by witnessing to the joy of God’s mercy.

Careful reflection on the people who have played a vital role in our own personal conversions serves as a great reminder that our lives are meant to be lived in communion with one another. There is great value behind the ongoing need to journey together, cradle the friendships that God makes possible, and give back to others a fraction of what we’ve received.

“Life will take on new meaning. To watch people recover, to see them help others, to watch loneliness vanish, to see a fellowship grow up about you, to have a host of friends—this is an experience you must not miss. We know you will not want to miss it.”