Digging out of a Deep Hole 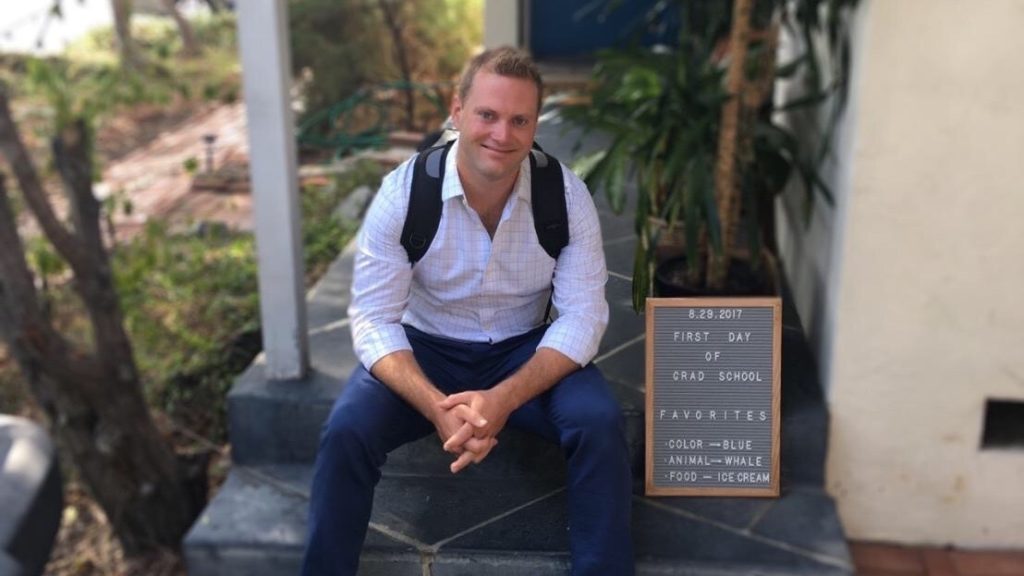 I have had a long love/hate relationship with school. It has been both a rose and a thorn in my life, getting much more complicated when my addiction to alcohol, drugs, and other attachments ran rampant upon starting my freshman year of college. Growing up, I typically did well in school. However, as courses required more of my time outside of class, I began progressing slower than those around me. Soon, time in class deteriorated while my efforts toward alcohol, drugs, gambling, and sexual pleasure heightened. After 3 semesters at a college in downtown New York City, where I received a debate scholarship that I soon lost as a result of poor grades (all F’s my third semester), I was left in a deep hole that I had dug for myself.

At that point, I just kept digging.

As I got deeper, I found depression, anxiety, lost confidence, a growing criminal record, lost trust from those who loved me, and increasing dependence on alcohol, drugs, and other pleasures. It should be noted that these things were becoming less pleasurable, but provided brief moments of reprieve from the darkness I was in. They were also the source of the darkness.

Addiction is cunning, baffling, and powerful.

Attempts were made to overcome the academic position I was in, but my relationship with alcohol and drugs always got in the way. It was frustrating to see others around me living a casual and socially active college life while still earning decent grades. I was in denial that my alcohol and drug use was related to my poor school performance, and was convinced that as long as I managed people and situations around me well enough, I could somehow reach my goals without changing my behavior.

I had more to lose before things turned around, but, by the grace of God, I got sober. At the ripe age of 26, I thought all had been lost and unredeemable. I had very little hope for a satisfying life in recovery, thinking that each day would be a fight just to not pick up the first drink or first drug. Sure, it was that way for the first 2 or 3 months. After consistently showing up to meetings, spending time with a sponsor, working through the 12 Steps of addiction recovery, getting involved at my church, and being honest about my situation, things started to change. Slowly.

October 10, 2011 is the day I got sober. In January of 2012 I enrolled in a local community college. It was humbling and I really did not like the status of being a community college student. My ego was reaching for reasons why I shouldn’t be there, even though I had every reason in the world to be there. My hope was that a semester of good grades would be enough to get me into a 4-year university where I could get right back on track. I could swallow my pride long enough to last 1 semester there.

I was there for 2.5 years, or 5 academic semesters. I didn’t even know that they let people stay in community college that long! After each term, I applied to local 4-year schools. I have a stack of rejection letters still in my desk (the evidence of a resentment toward higher education). Previously, these moments of disappointment would have led me to self-sabotage—reacting to unfavorable circumstances by creating an even worse situation for myself—usually by reaching for alcohol, drugs, gambling, or acting out.

Eventually, I was made aware of a degree completion program at a reputable, Christian university here in San Diego (Point Loma Nazarene University). Programs like these are growing in popularity for non-traditional students like myself. I began this 15-month program in January of 2016 and recently graduated this past May. Thanks to the one-day-at-a-time freedom I’ve had from alcohol and drugs, I was able to stay committed to my responsibilities. In addition, I also got married, was given a chance to grow Catholic in Recovery, wrote a book, and remained active in my parish during this time. These are things that would have never happened if I was left to my own devices, and certainly were not included in what my vision of recovery looked like! God, along with the people that were there to nurture me through recovery and re-entry into the faith, made this all possible. Needless to say, the graduation ceremony was pretty emotional as I was able to celebrate with my family. 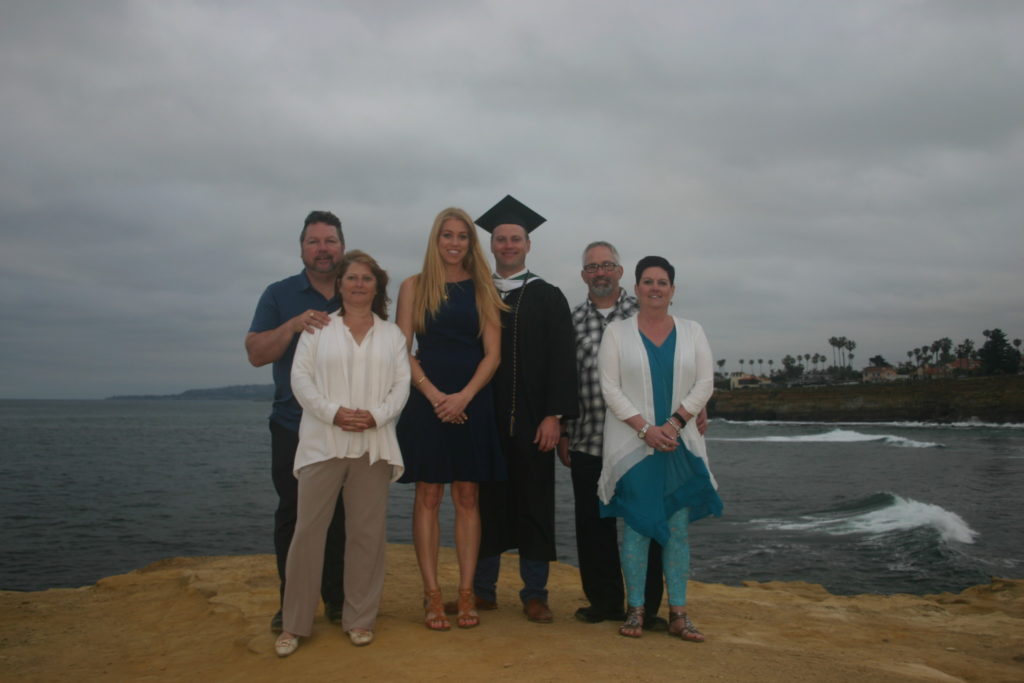 Today, I begin a new journey toward a Master of Arts in Clinical Counseling. This, too, packs in all of the emotional toil and gladness I’ve experienced around school. For the longest time, my identity and view of myself was tarnished by shame because of my inability to complete a bachelor’s degree in adequate time. After completing 5 semesters at a community college, I was left feeling grateful to stay committed to something, even when it failed to bring immediate gratification. I’ve found that I can be happy and fulfilled, regardless of my academic standing or other situations around me.

You may find yourself in a deep pit today. Questions like, “How did I end up here?” are sure to arise, and the answer may be closer to home than you’d like to admit. Things may seem insurmountable. They’re not. They simply require you to put down the shovel and reach for the Light. You are not alone, and there will be plenty of people to lift you along the way.