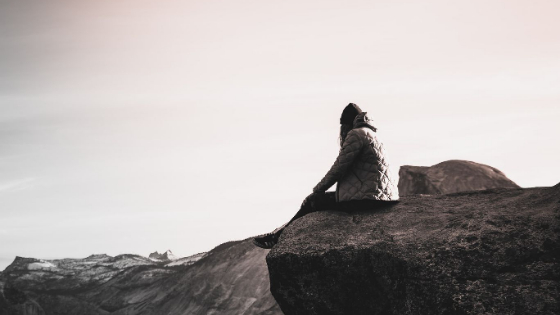 Attachment, as we have seen in previous articles (Part One, Part Two, and Part Three), is central to addiction, recovery, and spiritual growth. But what do St. Ignatius and St. John of the Cross mean by “attachments”? And how does that tie to our recovery from addiction and codependency?

Both saints wrote in Spanish, and the word they both use to refer to our attachments is “afeccion.” It has two meanings. It can be used medically, as in a disease or a condition, but it can also be translated as “love for” or “emotional attachment to” something, much like our English word “affection.”

Our “attachments,” then, can include a disease that afflicts us or something we (wrongly) love. St. John defines these disordered loves as “attachment (afeccion) to temporal or bodily things.” St. Ignatius offers his “spiritual exercises” as a direct “way of preparing and disposing the soul to rid itself of all the disordered tendencies (afecciones).”

The connections to the disease of addiction are clear!

When I did my Fourth Step for Al-Anon, I had a pretty good idea of what I would find in my “searching moral inventory.” Really, though, I had no idea how many “afecciones” I was holding onto. I kept a running list of my attachments to persons and places, and that list kept getting longer and longer.

I spent days on my inventory, then weeks, as my sponsor patiently named the increasing number of ways I was desperately clinging to and trying to control things I was really powerless over. Under them all were boiling cauldrons of resentment, fear, and despair that drove my clinging and controlling, which only increased the terrible feelings I was trying to escape.

St. John of the Cross lays out the spiritual journey as a shedding of attachments. We must ascend the mountain towards divine union with the God who loves us, through a series of “dark nights” that actually illumine our “afecciones,” our attachments to created things that are not God. No matter how good they are on the surface, or how much happiness they might provide in the short-term, they only leave us empty and grasping in the end.

The seeming smallness of an attachment does not matter either, says St. John. In a simple but potent illustration, he describes a bird captured with a heavy chain or a small thread. Either way, it will never fly.

And God created that bird to fly.

So, by St. John’s logic, the fact that I am “addicted to chocolate” and not to methamphetamines makes little difference. A tiny spot of skin cancer is “not as serious” as pancreatic cancer, but it will eventually kill me if I leave it alone. I will never ascend to God—I will never fly—as long as any “afeccion” ties me to the ground.

And God created each of us to fly.

Jeff Thompson, Ph.D., is a therapist, a recovering codependent, and a grateful convert to the Catholic Church. He lives and works in the Pacific Northwest, and is the proud dad of two young adult children.